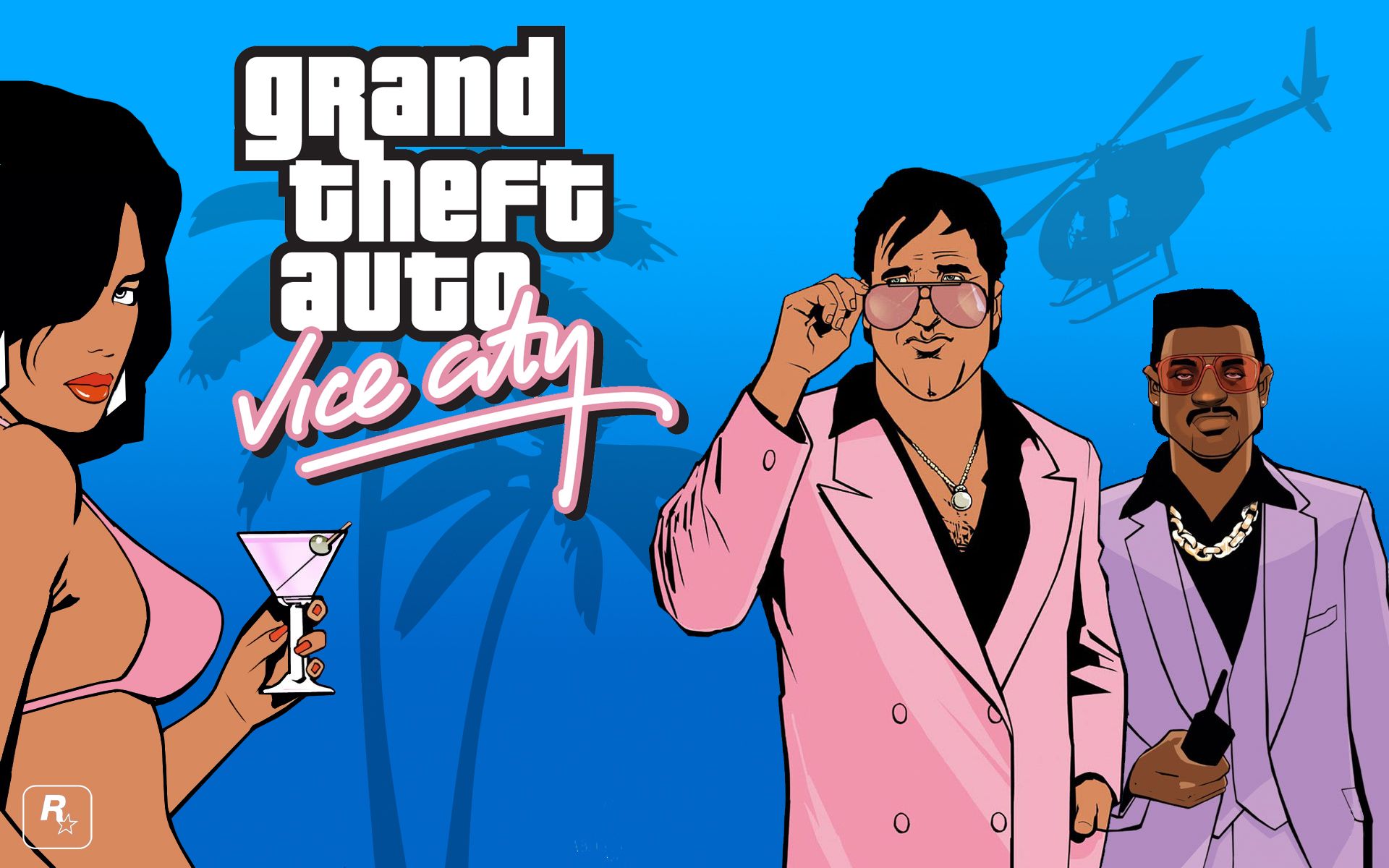 After playing VC for so many years, I can always hear Mengxin saying that I can’t understand the tutorial. I specially made this MOD tutorial, starting from the most basic computer knowledge, to satisfy the most young people’s desire for MOD knowledge, and by the way, to promote our Grand Theft Auto exchange group (group number: 1029273218).

2. Basic knowledge about the game

The game files modified by Mod are mainly concentrated in the three folders data, models, and txd. First of all, I talked about the data folder. Data means log. The files inside are mainly records of game data: for example, timecyc records the weather color in the game, and things like the brightness of day and night: gta-vc It records the components to be loaded in the game, such as the map and sky. The second one is the models folder. The files in models are mainly the models and textures of the maps, vehicles, and characters in the game, which is a place that most mods need to modify. The third one is txd. The files in the txd folder are the game interface background and fonts. Generally, only modifying the game interface and fonts will modify the things in this folder.

(2) The basic format of common mods

The most common mod formats for VC are dff and txd. These two formats are very versatile, and both are indispensable. txd is the texture of the MOD, the skin outside the mod, and dff is the model of the MOD. The skeleton of the MOD. Vehicles, sky, maps, and character mods are all composed of files in these two formats. Other formats of files will be involved later, and we will introduce them when it is involved.

Part 2 Use of basic tools

The Imgtools tool specializes in processing img format files. In my opinion, the img format file is like an alternative compressed package, except that you don’t need to compress it when you put things in it. Imgtools is mainly used to modify the gta3.img file in models. The usage method is as follows: 1. Open the img and click open in the middle of the file to select the img file you want to modify 2. Click in the editor to find the file you want to modify 3. According to the MOD requirements, right-click to replace the file, delete or import and export . Special note: If you only need to replace one or two files, you can click Replace. If there are too many files to be replaced, it is recommended to delete all the files to be replaced first, and then import the files in the mod at once. Because installing mods is a delicate work, accidentally causing the game to fail to run normally, so when I replace the files in the img, I usually delete the files to be replaced first, and then import them uniformly. In this way, all mod files will appear at the end of the img file to facilitate the next modification and troubleshooting

(2) TXDWORKSHOP, txd format files are loaded with MOD textures. The function of txdworkshop is to open these txd files to view and modify the files inside. The game interface MOD uses txdworkshop to modify the game interface and cover. Many of the game covers of the integration package are also modified with this software. The game cover is in the txd folder. I have forgotten the specific one. If you are interested, you can go and see for yourself. There are also mods such as pavement optimization and particle effects that also use txdworkshop.

(3) Add car plug-in, adding car plug-in is the most common, mainstream, easiest and most convenient way to install VC vehicle mods. Unzip the MVL and MSS files in the car add-on plug-in to the game directory to replace, and then put the vehicle MOD of the car add-on plug-in you found directly into the vehicles folder in the MVL (no need to unzip the file). Then enter the game and press alt+2 to select the car, ALT+3 to brush the car, and look at the upper left corner when selecting the car. Special attention should be paid to the fact that the vehicle MOD with the car plug-in is in 7Z format. When looking for the MOD, you must pay attention to whether the format of the MOD is in the 7Z format. If it is not in the 7Z format, it should be the MOD installed with GGMM (above The documents and related MODs can be obtained in the Q group: 655402690)

(4) GGMM, GGMM is a mod for modifying the original car and original weapon of the game, the operation is slightly more complicated. First, unzip GGMM and gtainterface.dll to the game directory. After opening GGMM, you can view the models of all VC vehicles and weapons. Click the option in the upper right corner to choose to install the MOD manually. If the MOD author has special data such as handing data, then enter the above data box according to the label. If not, install all the files such as dff, txd, and col in the MOD file. dff, txd, col files need to be unzipped into a folder in advance). Modifying weapons is also a routine

Part 3 How to install specific MOD

Under #collision data, press Enter to add COLFILE 0 DATA\MAPS\sky\sky.col, and add SPLASH loadsc3 under SPLASH loadsc3. As for particle.txd (in the models folder of the sky mod), the file replacement or replacement is the same, I personally think there is no difference. If you want to install both the map mod and the sky mod, it is recommended to install the map mod first, then install the sky mod, follow the above steps? After installation, manually add data to gta-vc.dat.

(4) Add car plug-in, the specific installation method has been mentioned above, so I won’t repeat it here. In addition to adding cars, the add-on plug-in can also add weapons and make the game windowed, but I don’t use this feature frequently, so this feature is up to you to explore. The add-on plug-in is also an entry-level MOD like cleo. The general format is that 7Z vehicle mods are all MODs with car plug-ins, and vehicle MODs whose format is not 7Z are not MODs with car plug-ins.

(5) Enb (that is, the light and shadow of Sin City), just throw the stuff in the enb file into the game directory, if there is dxgi.dll in the enb file, it is recommended to delete that file (there are other methods, it is recommended to upload Baidu sees it for yourself), otherwise the game may not run normally. The effect of ENB can be adjusted by the player. In enbseries.ini, the effect of enb is adjusted, and enbpalette.bmp is the filter of ENB. Related debugging can refer to the tutorial of King Eight Tails to adjust, address: <https://tieba.baidu.com/p/2364366396?red_tag=2582968030. Better enb will also mount plug-ins such as effect, and some will use ENB+RESHADE light and shadow plug-ins to enhance the effect. It is recommended that everyone use Yao ENB> V3.0, 328 05, small fresh style, and cold foam low-profile enb, most of the so-called high-profile light and shadow can be driven by current cameras, and the so-called high-profile light and shadow effect is not good. If you think your computer graphics card is not bad, you can also try the latest ENB+RESHADE from Desolate.

(6) Map MOD installation, there are two types of map mods, one is a large map and the other is a small map. The installation of the map is similar to the sky, but there are more changes in gta-vc.dat. So I suggest to install the map mod first, replace the gta-vc.dat file in the map mod directly, and then enter the data in gta-vc.dat as I said in the installation of the sky mod when installing the sky mod. The difference between the big map and the small map is as follows: 1. The big map is relatively complicated, you need to add new files in the gta3.img folder, and the small map can be directly replaced in the game directory. 2. The location of the big map is not fixed. Most of the locations on the minimap are at the lighthouse on Dayang Beach. 3. The large map is highly playable, and there are generally NPCs inside. The mini map is mainly for viewing, and the map is empty. Pay attention to the gta-vc.dat file for both types of maps.

Part4: Other matters related to MOD

(1) The copyright issue of MOD. Don’t modify the MOD you downloaded without the consent of the MOD author (except if you change it and play by yourself). Enb is not in this range, because enb does not have originality, all enb works can only be regarded as semi-original

(3) Find a way to mod. The most basic thing is to review in the post bar, most of the mods are in the boutique area and a small number of them are not refined in the post. The advantage is that the mods of Tieba are very comprehensive, and the mods of Tieba are connected together to be the development history of domestic VC MODd. But the disadvantage is that it’s very slow to find mods. And the links to many posts are no longer valid. The second method is to go to the network disk to browse, almost every mod author has his own network disk, and it is much more convenient to find mods on the network disk.

There are also many online disks, you can find them yourself. The third method is to find in the QQ group. There are many sin city exchange groups on QQ (my group: 1029273218). There are also many mods in these groups. The most convenient place for QQ is the search function of QQ group files. You are in a group. Enter keyword search in the group file to get all the relevant results in the group. The fourth way is various game websites, the first domestic launch of Grand Theft Auto Noon (this post will also be posted there), foreign recommend GTA Inside

This article is from the Internet and does not representGrand Theft Auto Vice CityPosition, please indicate the source for reprinting：https://en.gtavc.cn/1505.html
PreviousVice City Multi-player Never play Vice City lonely!
Next How to use Vice City game saves